“ The Ibuprofen market holds significant growth potential and IOL is strategically expanding its value-added services in the Ibuprofen segment.”

Going up the value chain through IBU-derivatives

Ibuprofen is a nonsteroidal anti-inflammatory drug (NSAID category belonging to а group of propionic acid derivatives. It is most commonly used for treating medical issues such as pain, fever, and inflammation. The global Ibuprofen market is expected to record a steady growth over the forthcoming years backed by various factors driving growth in this market such as high bioavailability with rapid action, increasing diseases and rising awareness about the drug and its effectiveness.

Looking at its many advantages, IOL is strategically expanding its value-added services for its flagship product – Ibuprofen. IOL has commissioned a separate facility to manufacture these derivatives of Ibuprofen with a peak capacity of 500 MT per annum (expandable to 800 MTPA). Furthermore, with its strategy to enter the Japanese market, IOL has also developed a process for meeting Japanese Pharmacopeia specifications, which will now be manufactured in Ibu-derivative facility. 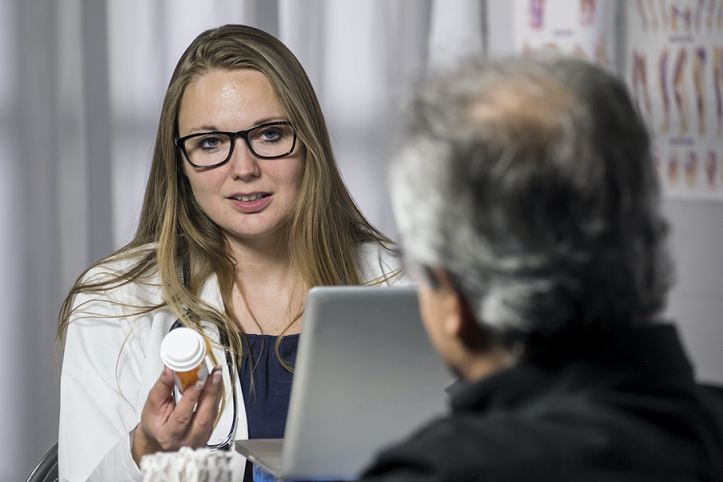 Chemically, Ibuprofen is an organic acid and can be converted to different organic and inorganic salts, which are termed as Ibuprofen salts or derivatives of Ibuprofen. Being a chiral compound, Ibuprofen can also exist in two stereoisomeric forms - namely Levo and Dextro. Majority of the formulations that are available commercially use Ibuprofen in racemic form, or in a 50:50 mixture of Levo and Dextro stereoisomeric form. However, there are different types of derivatives of Ibuprofen that are sold globally.

Ibuprofen Sodium is a newer and more soluble form that is absorbed faster than standard IBU, leading to a more rapid analgesia and patient compliance. Due to its higher solubility, compared to Ibuprofen (IBU), it is noted that Ibuprofen Sodium, or IBU(Na), has enhanced effectiveness and provides quick pain relief.

Similar to inorganic salt of Ibuprofen, IBU-Sodium, organic salt of Ibuprofen, that is, Ibu-Lysinate is also found to be absorbed faster than the Ibuprofen. ‘Tlag’ (Time between dosing and start of action) and ‘TCmaxRef’ (observed maximum plasma concentration) demonstrate early start and increased speed of absorption of salts compared with the reference, and may predict the more rapid onset of analgesia.

Racemic Ibuprofen and Dexibuprofen differ in their physicochemical properties, Levo form (50% in Ibuprofen) can exhibit pharmacological action only after conversion into Dexibuprofen. Based on these results, it can be assumed that an identical pharmacological efficacy could be exerted by smaller doses of Dex- Ibuprofen instead of racemic Ibuprofen, and this may be a potential method to decrease side-effects. The administration of Dex-Ibuprofen may offer the advantage of delivering Ibuprofen more efficiently, with a better safety profile than the Racemic Ibuprofen formulations.

ENGAGE WITH OUR TEAM NOW